Working Space London is now Future Squared.
Searching for flexible workspaces across the UK?
Give us a call 0203 950 0797. 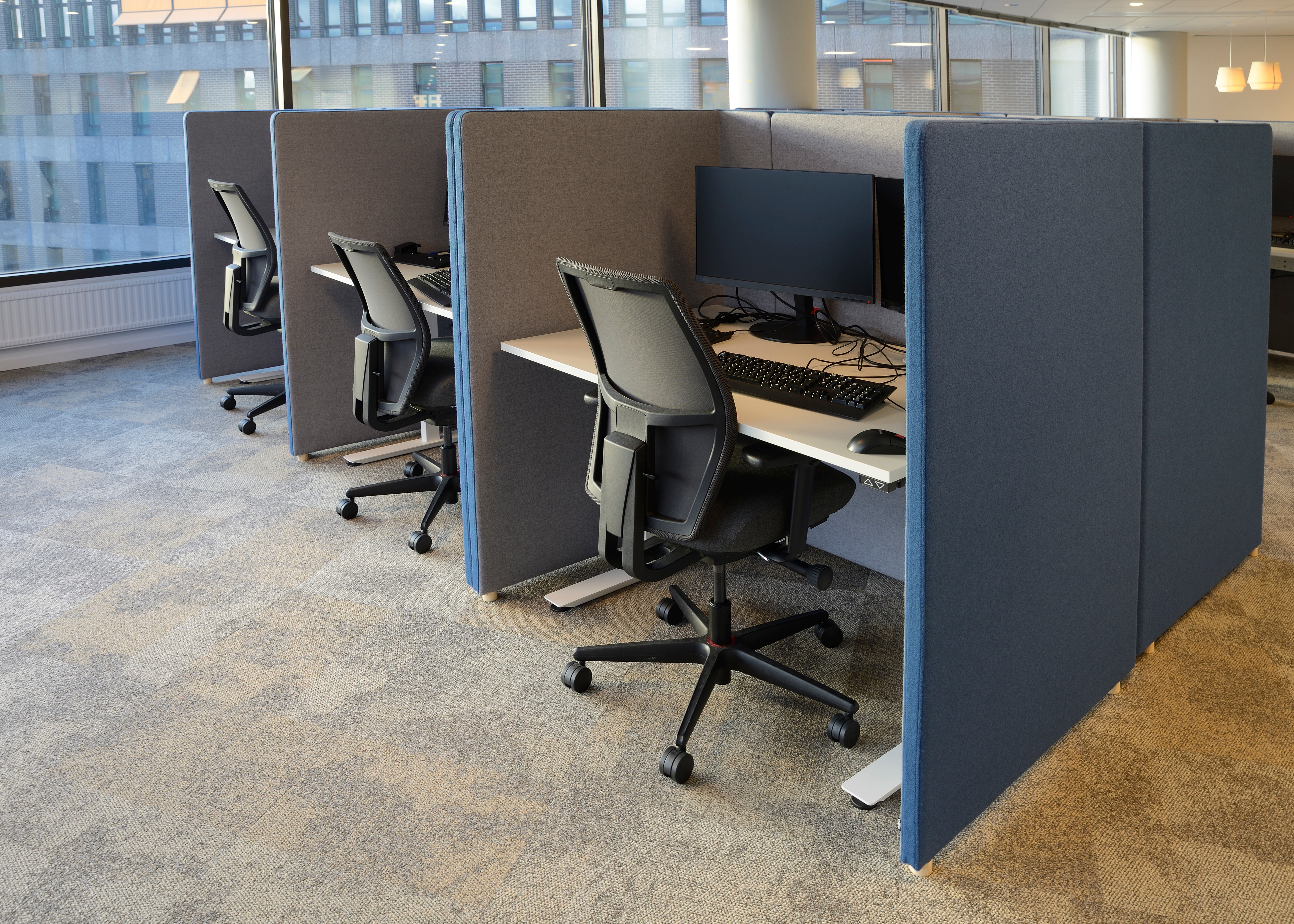 Back in the 1990s, the office environment was vastly different to how it is now. If you’re not old enough to remember working over 20 years ago, let us remind you of how things were. Open plan offices hadn’t taken off outside investment banks yet, meaning most people worked in cubicles, completely separate from their colleagues thanks to giant 6ft beige screens that surrounded every individual desk.

That wasn’t all, though. Hot desking was very common, with the majority of office workers taking a different desk to do their job every time they came into the office. Nowadays, it’s more common for employees to work the same hours as a colleagues and to have an assigned seat, but could the tides be turning?

History has a tendency to repeat itself, and whilst there is no sign of office cubicles coming back into fashion, hot desking has certainly been picking up again.

What is Hot Desking?

Hot desking is the practice of workers having unassigned desks. It’s commonly used at companies where employees work different shifts, for example, at call centres. Workers walk in and sit anywhere. Sometimes, a room might be split into sections depending on the roles of the employees in the room. This doesn’t mean a seat is assigned, but rather a certain area may be assigned.

With hot desking, workstations typically have a basic level of equipment. This could be a proper PC, or it could be a phone line and electrical plug socket port for people to plug in their laptops and other devices.

Hot desking is said to get its name from hot racking – the process whereby sailors would share bunks when on alternating shifts out at sea. Hot desking is a bit more advanced and, by all accounts, more comfortable, than hot racking, but unlike its predecessor, hot desking appears to be making a welcome return.

There are two ways you can go about hot desking: having your own business premises that you lease, or through a co-working space. The former is rather self-explanatory and mostly applies to businesses with a large number of employees, but the second is becoming more popular amongst start-ups and smaller businesses with fewer employees.

The premise of hot desking through a co-working space remains exactly the same, but you don’t lease a building, you pay for the number of desks you want to use, and you will likely be sharing the office with a number of other businesses.

Who Can Hot Desk?

Any company can implement hot desking, but it is more geared towards certain types of workers. If you have a sprawling team split into different departments but who all work the same hours, it’s a good idea to give them designated seats.

On the other hand, companies whose employees work different shifts could find hot desking to be more effective. It’s been implemented by some of the biggest brands in the world, such as Microsoft, Citigroup, LEGO and Deloitte, all of which are very different companies. Whether you’re a technology/software developer, banking group, 24-hour security firm or otherwise, hot desking can be implemented across almost every sector.

There are a number of reasons why hot desking is beneficial and why it’s starting to make a return. Some of the key advantages include:

Where are Hot Desk Offices?

You can hot desk anywhere. From London and Birmingham to Dundee and Cardiff, Future Squared can help you on your quest to find the perfect hot desking solution. If you would like to find out more about the logistics of hot desking, how much it costs and how to find the best office for you, please contact us.

What Does a Flexible Office Have to Offer Your Business?